Ephesians 2:1 & 2:5 show us that we are alive in Him, in Christ, but what does it mean to be alive? To be alive in its most basic form merely means to exist. Today we are going to look at what it means to be spiritually alive, but in order to look deeper we need to discuss what it means to be dead. We are all by nature born sinners and that birth determines our nature and identity. This same sinful nature is what separates us from God. We know that from Isaiah 59:1-2. The interesting part about being dead is that there is nothing you can do for yourself. A dead man cannot bring himself back to life. In that same way it wasn’t our own works that brought us back from the dead, it was God who called us from the dead. It almost seems unfair that we are born into a fallen, broken world, but there is hope.

Yes, we were born dead to God, but we have also been made alive in Him, by being born again, through the sacrifice of His Son Jesus Christ. It stands to reason that being born again gives us a new identity and nature because we are now alive to God. That is what Ephesians 2:1 & 2:5 are saying: we were (past tense) dead to sin, BUT since we have been born again and given new life, we are no longer a slave to that old sin nature but have been made alive in Christ. Jesus came not to make bad men good, but to bring the dead to life.How does the knowledge and truth that we are alive in Christ change our behavior? We should respond by living our lives in obedience to the God who has given us everything. So why do some of us struggle to act on our new identities? We tend to doubt and question God’s new definition of who we are because we are still attempting to live out our old lives in spite of our new identity.

If birth determines identity, and we have been born again in Christ, when we don’t act upon our new identity, we are acting in defiance of our true selves. We are hypocrites. This is where the act of repentance and turning back to God is so important. That is why Paul screams over and over again to remember that we have been given a new life and been made alive to God. When we remember this truth we can again draw our purpose, identity, life, and love from God and begin to act again on the truth that we are alive in Him. And it’s all because He first loved us.

Becoming alive in Him isn’t about resuscitation but about regeneration. 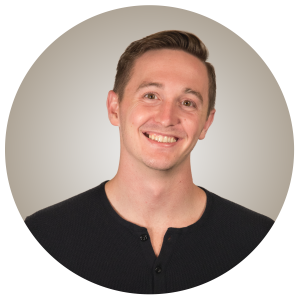 Chosen to Be Disciples

Meeting Mountains and Valleys with Christ: The Nate Weston Story

A Life Fueled by Vision and Purpose